100% recovery of diamond production, with No Loss 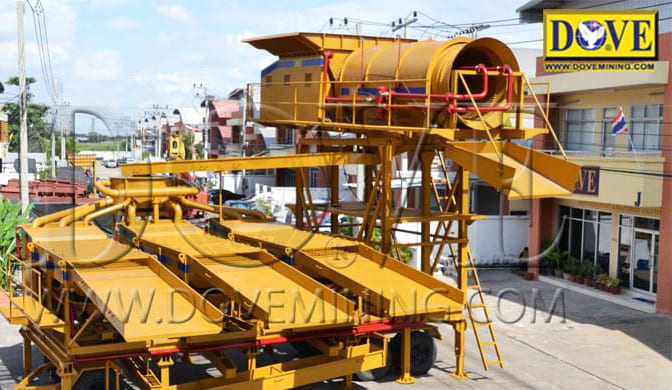 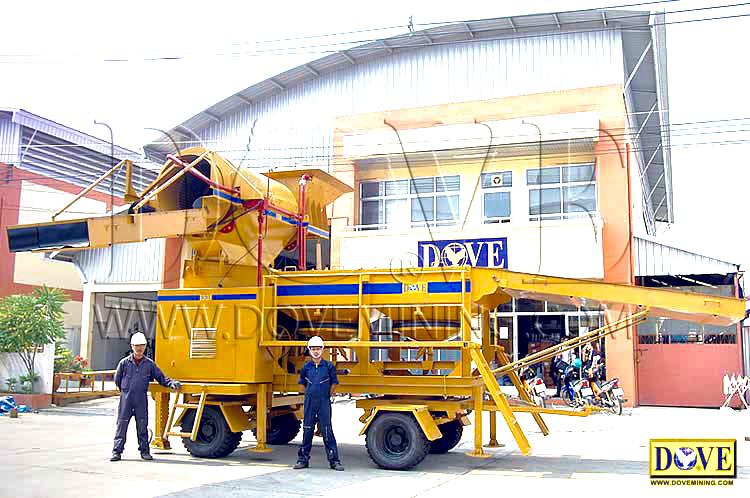 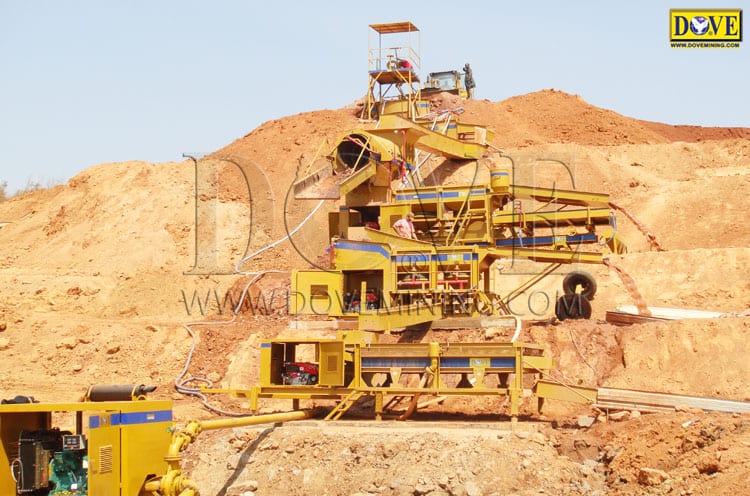 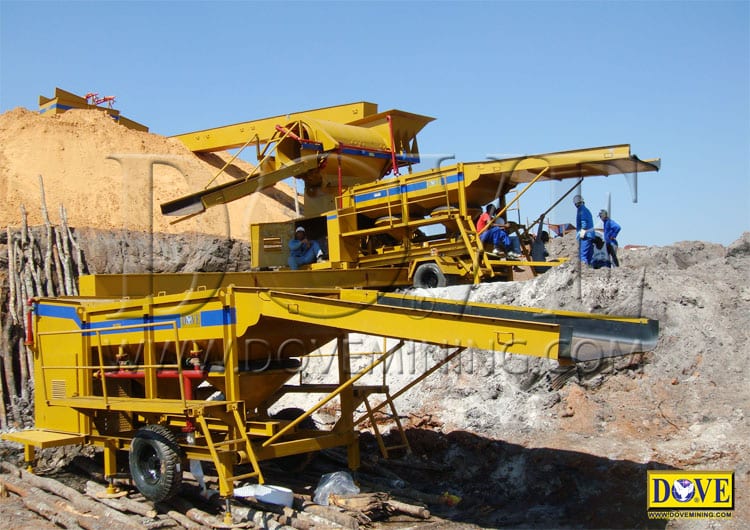 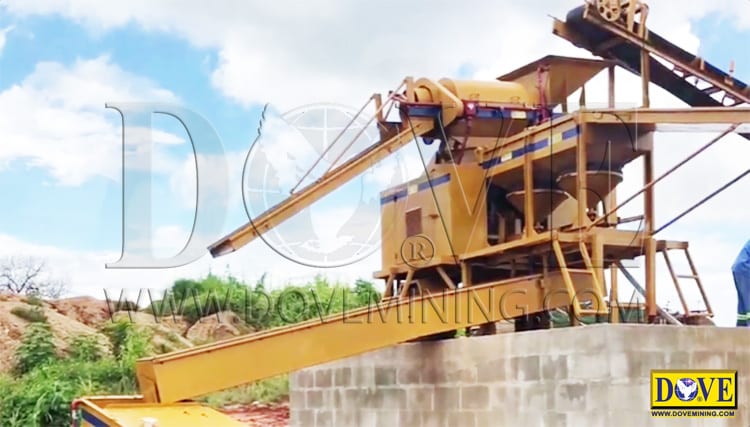 Wish to get more details on the EXPLORER® Plants?

Wish to get more details on the SUPERMINER® Plants?

DOVE Portable Diamond Wash Plants are the most advanced processing plants in the mining industry, with the most efficient recovery ratio. They are economical and deliver the highest and fastest return of investment. With over 5 decades of experience in fabrication, DOVE Portable Diamond Wash Plants were supplied in every country in Africa and South-East Asia, Colombia, Brazil, and Guyana. 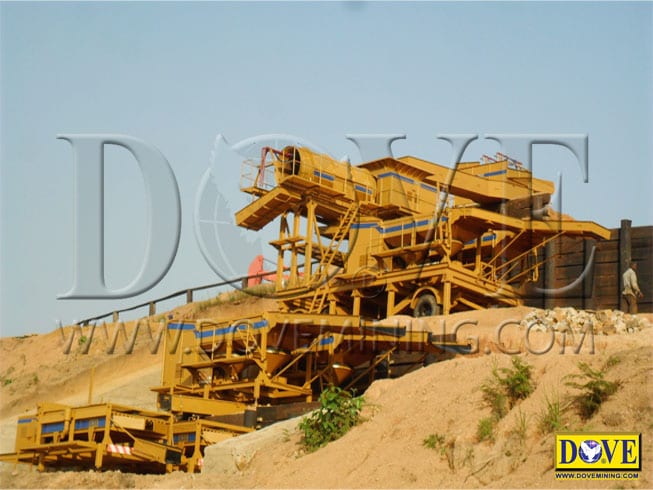 All DOVE equipment carry a 2 years (24 months) standard Manufacturer Warranty, which can be extended to 5 years, in addition to lifetime spare parts supply service. 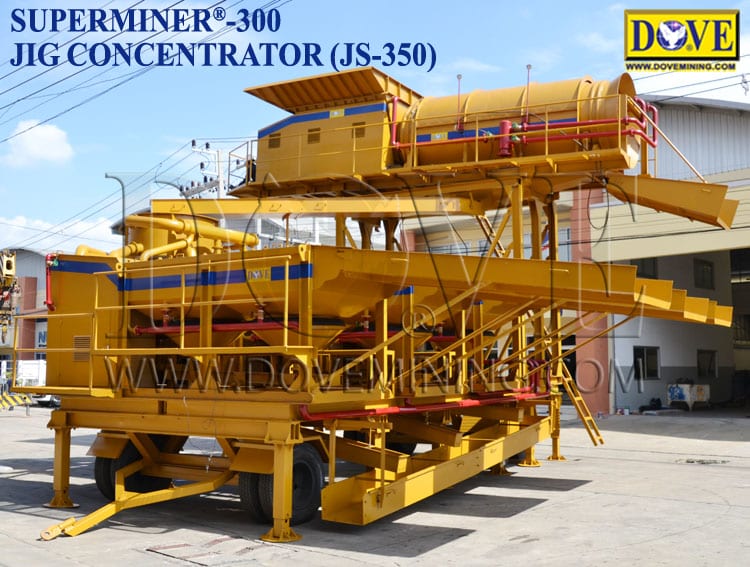 DOVE Equipment & Machinery manufacturing facilities are located about 30 minutes drive from the company Head office in Bangkok, which includes 8 factories and showroom.

DOVE Equipment and Machinery with over 50 years manufacturing expertise, and the largest range of mining and minerals processing technologies is the recipient of ISO 9001: 2015, Green Industry Certification, and Golden Eagle of Asia Awards 2020 Best Business of the Year (DOVE Equipment and Machinery and DOVE Instruments), which insures highest quality and standard of our manufacturing and customer service practices. 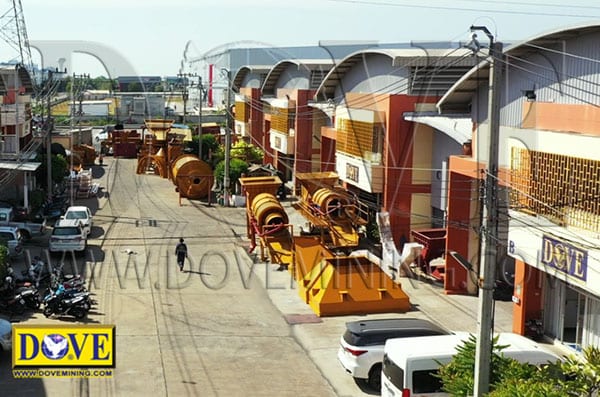 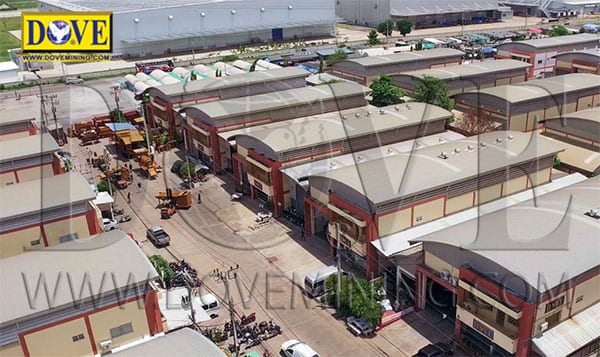 DOVE laboratory will assay your ore samples rapidly and analyze your raw materials and recommend the most efficient processing plant according to the ore specifications, minerals composition, and ore assay results, and your project size and the geologic and topographic conditions of your mine.

Please,  CONTACT US  for your sample analysis and quotation. 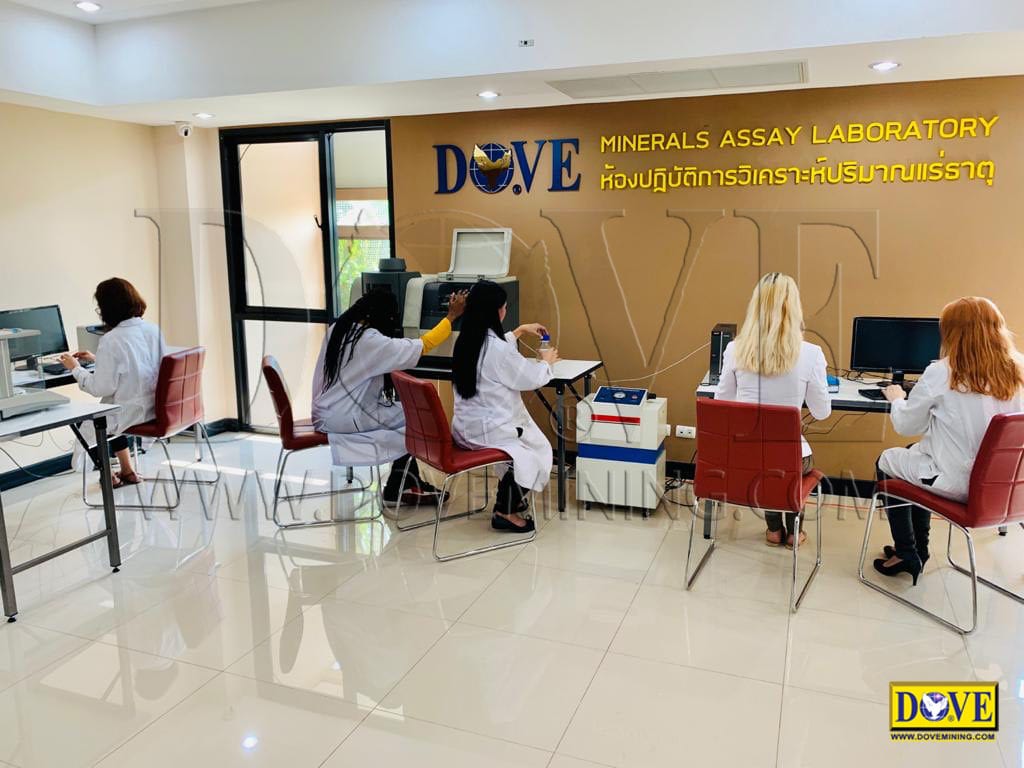 An efficient Wash Plant’s recovery process of Diamond from an Alluvial/Placer deposit should include the following crucial steps: 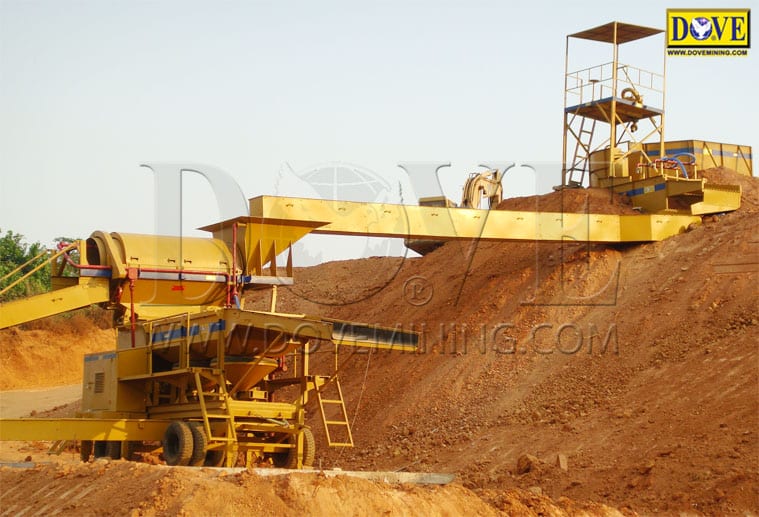 These crucial steps are achieved by different machine components in a Portable Diamond Wash Plant configuration. Any short cut of the crucial steps shall result in lack of recovery or loss of the valuable minerals.

The process involved in the concentration, recovery and separation stage is based on the concept and science of “Gravity Separation”. 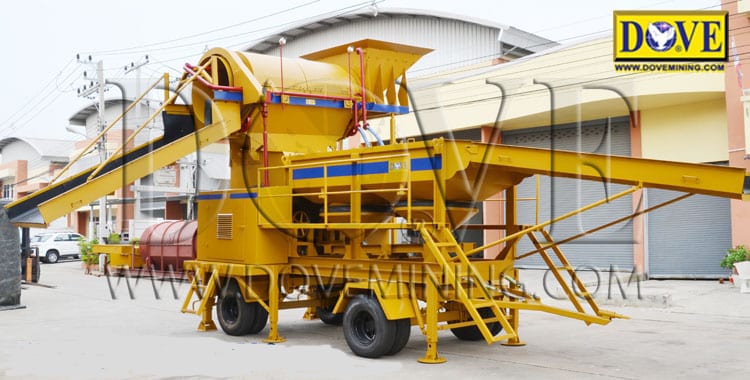 Gravity separation, also known as Gravity Concentration, is one of the oldest recovery methods in the history of mining. It has been tested and approved as a technique of concentration of free flowing minerals and has been used as a primary form of mineral concentration for centuries.

The Gravity separation method consists in separating minerals or metals from one another using their difference in specific gravity and the relative of their relative response to other forces.

In a Gravity Separation process, the metals and minerals are subjected to forces in a medium, such as water, air, or other heavy medium. The response of the minerals and metals to these forces can enhanced resistance or accelerated settling time, depending on their specific gravity, which will allow for the separation to occur. In this way, valuable minerals and the gangue can be separated from one another due to their difference in specific gravity and response to the various forces in the medium. 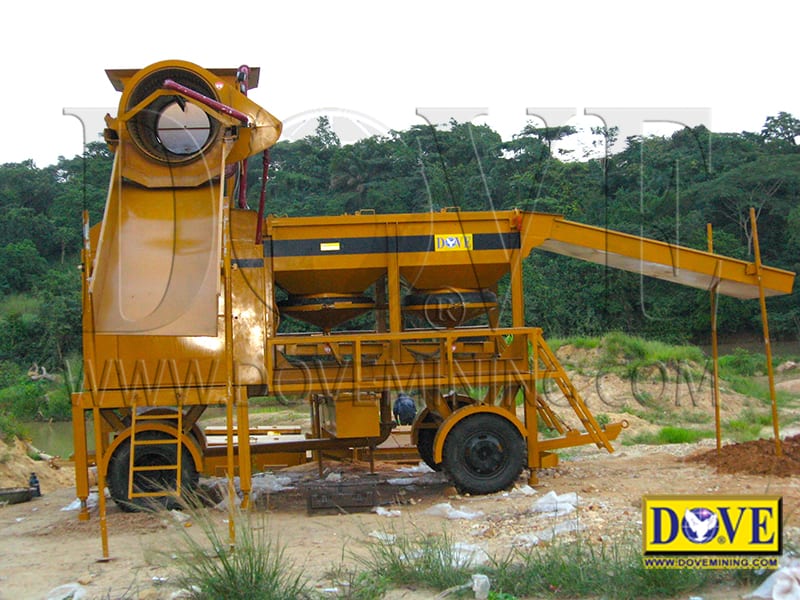 Due to its high efficiency and low cost, gravity separation is always the first method of concentration to be considered when designing a mineral processing plant.

Wash Plants that utilized Gravity separation for the recovery of minerals from alluvial deposits mean less capital outlay and better security for the high value concentrates.

By using Gravity Separation, DOVE Wash Plants reduce the costs involved in crushing and grinding of the material, and also reduce the slime losses that usually result from unnecessary and abusive size reduction operations.

The major components of DOVE Portable Diamond Wash Plants, based on the crucial steps required in a wash plants, consist of the following:

is a large bin used to feed the Ore, wet or dry type depending on the project’s requirements, to the rest of the wash plant. The hopper can be fed using earth moving equipment, such as Excavators, Loaders or Dump Truck, with capacities relative to the plant capacity (Tons Per Hour), solids.

DOVE Ore Feed Hoppers are designed and engineered as interconnecting parts for easy and rapid assembly, installation and rapid disassembly at site. They are supplied in various capacities, with respect to the plant capacity. 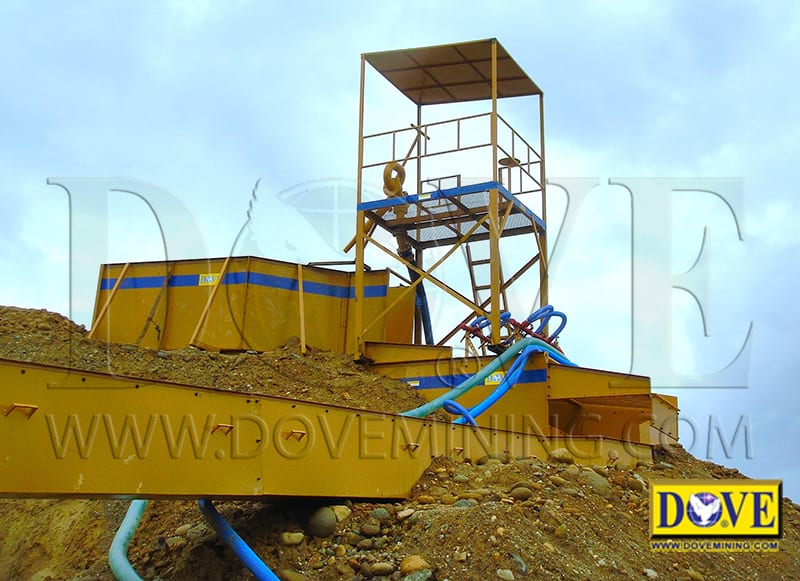 To ensure ease and cost efficiency of freight, the DOVE Ore Feed Hoppers are designed to fit in standard shipping containers.

DOVE Ore Feed Hoppers are fabricated with heavy cage of steel of up to 12 mm thickness, to ensure they stand the test of time when used in the severe conditions of the mining site. Additionally, they are designed to be easily connected to high-pressure Hydraulic spray-Jets system, Hydraulic Manifold and piping system. Their slurry outlet is designed for ease of connection to the Static or Vibrating Grizzly. 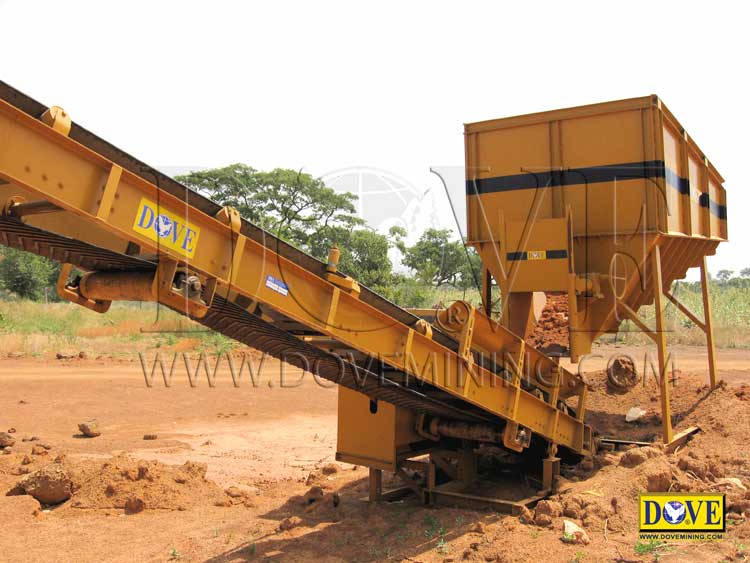 is a powerful Canon that produces high pressure water Jet Spray, used to break the clay contain of the Ore at early stage of feeding. The canons are used in wet ore feeding system and when the ore has high clay content. They assist with the logistics of the Ore, in the form of Slurry, into the Ore Feed Channels and to the next step of operation.

DOVE Monitors are casted in hardened steel (high carbon) and have a bronze head. They are supplied with an Operator Cabin Stand Structure, designed for long hours of operations under extreme weather conditions. DOVE Monitors are rugged and designed to operate using recycled water in the mining site.

Recycled water contains sand and clay, but because of their strong build, DOVE Monitors have a proven history of durability and high efficiency when handling the recycled water. 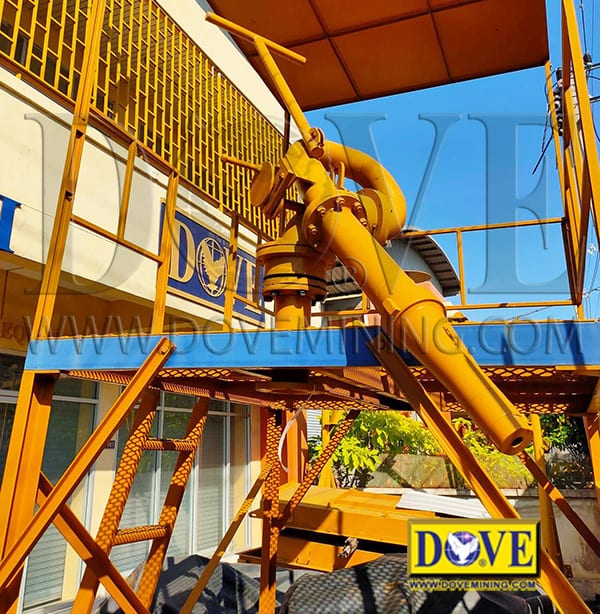 is designed for the rapid transportation of the ore from one stage to another, through out the wash plant, mainly in slurry form using gravity.

DOVE Ore Feed Channels have unique and unparalleled features, and are exclusively Rubber lined, in order to eliminate the friction and wear of the steel channel, as well as to speedup the logistics of slurry Ore, and eliminate clogging of solid particles in the channel. 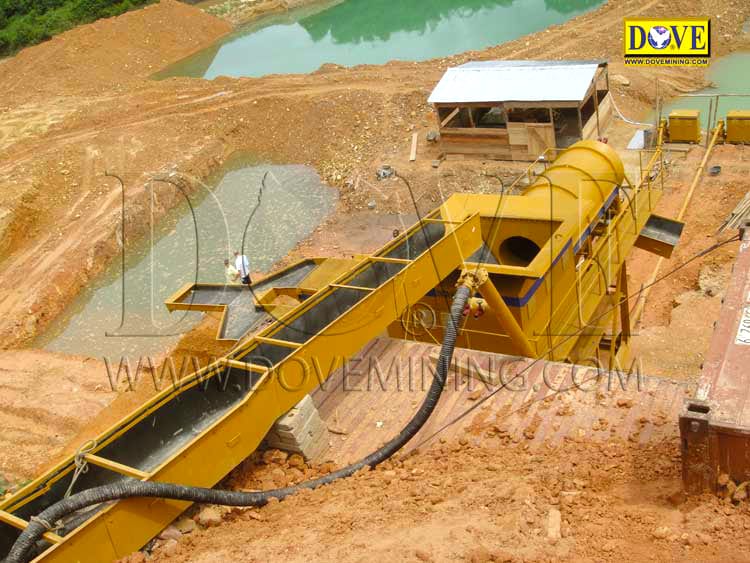 are used for the first screening stage in DOVE Portable Diamond Wash Plants. Screening is the action of separating the materials according to their size by simply passing them through a screen or a number of screens, which can be in motion or static. Screening can be done in multiple stages to achieve higher efficiency.

Grizzly Separators are screening devices designed to separate the large oversized rock particles from the ore, prior to the next stage of ore transportation and classification. The screen mesh sizes are chosen in accordance with the ore characteristics and project specifications. This allows for only the mineral baring ore to be processed throughout the next stages or the wash plant, hence, reducing the amount of material that needs to be processed. 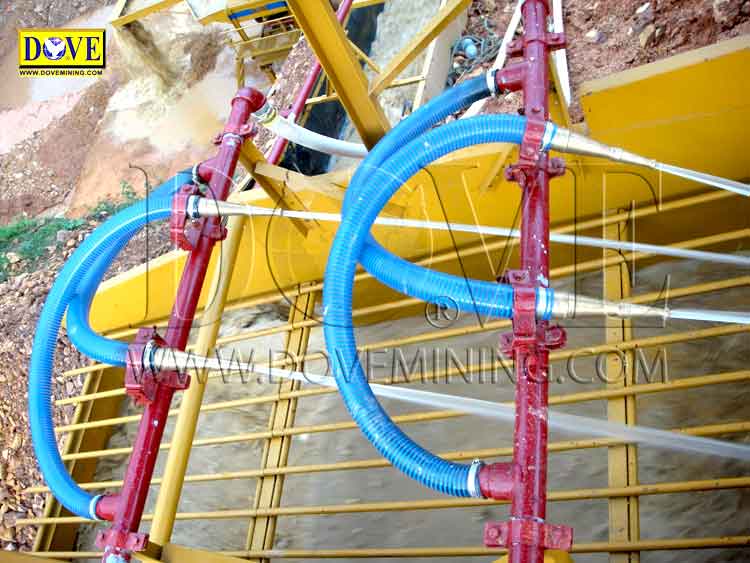 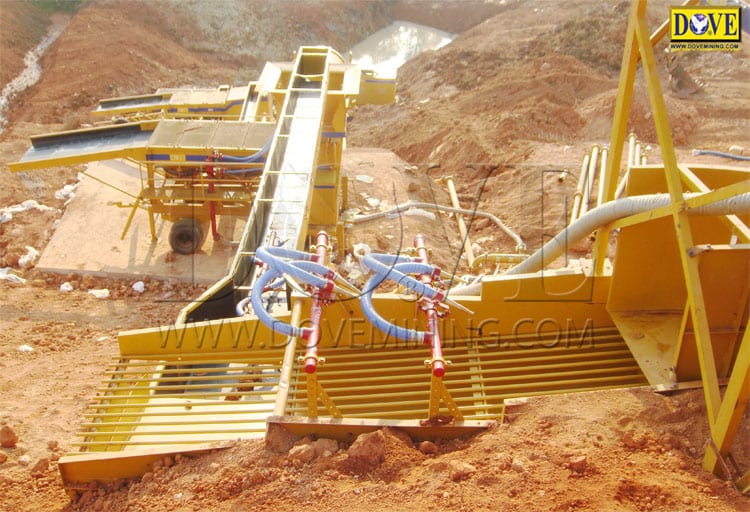 DOVE Diamond Trommels are rotating screens that are used for the second screening stage in DOVE Portable Diamond Wash Plants.

A Trommel Classifier is composed of a screens installed on a supporting base, in a slightly inclined position, that spins in order to sort through the material that is being introduced through its feeding end.

The Trommel is designed to perform classification of the ore, as well as breaking valuable minerals free from the host clay. Once freed from the host clay, the materials is also classified according to their size, reducing the volume of material that will be processed in the next stages for increased efficiency of the recovery process. 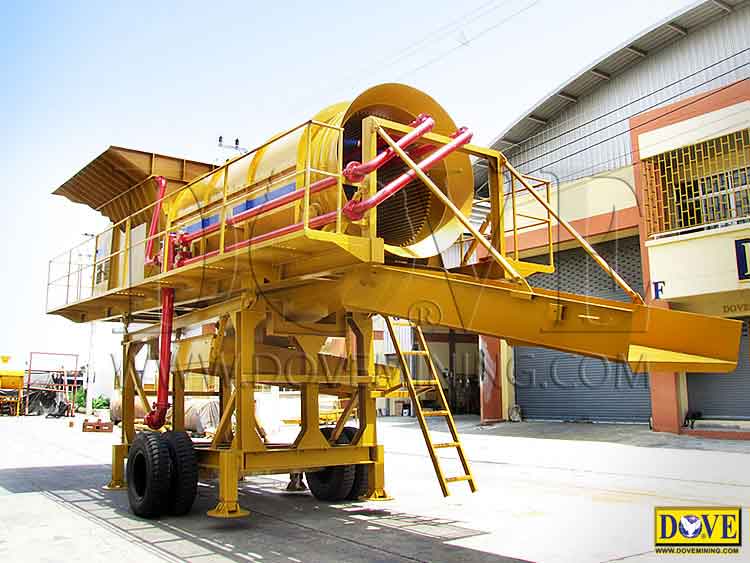 The Trommel’s design and specifications are extremely important, as it can directly affect the recovery of the minerals in the stage of Concentration. 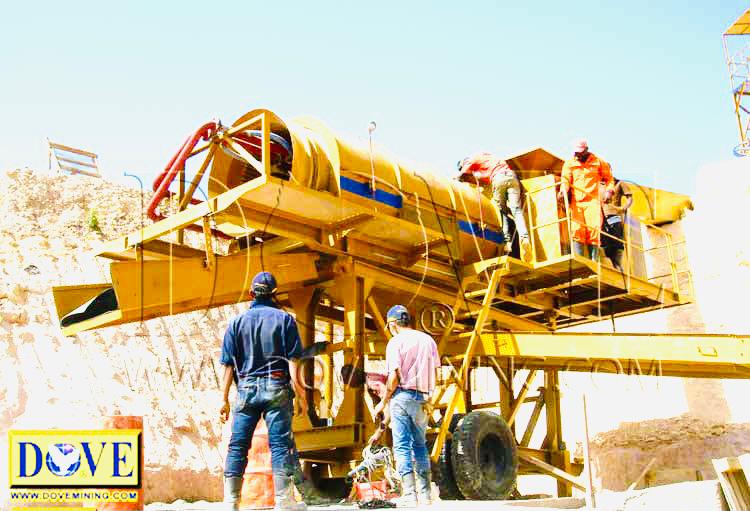 Jig Concentrators are Gravity Concentration devices that have been used for well over a century. They are designed and mainly used as a primary stage to wash, separate and concentrate the coarse liberated minerals sized 2mm and above.

In a jig, the slurry that is fed is distributed into the hutch which consists of a moving slurry bed located above a screen and is subjected to a pulsating motion and upward hutch water flow which alternately causes dilation and compaction. The pulsation can be caused by a diaphragm or by mechanical movement of the screen. A ragging material can also be used to assist the separation, which results in having materials of high specific gravity pass through the ragging and screen, and being removed via the hutch. The tailing, which consists of low specific gravity material, is discharged over the lip of the hutch. 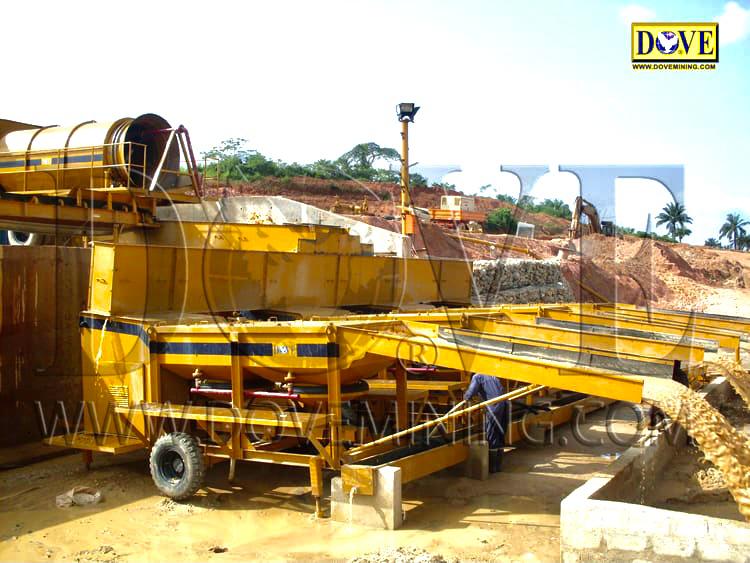 The Jig Concentrators’ unique ability to absorb fluctuations in ore grades, tonnage rates and dilution, without any effect on recovery results, makes them the most important and essential devices in mineral recovery.

DOVE Jigs are designed with unique features, which are unparalleled in the industry. You will find DOVE Jigs in practically every country on the African Continent, in South East Asia, in Brazil, in Columbia and in Guyana. 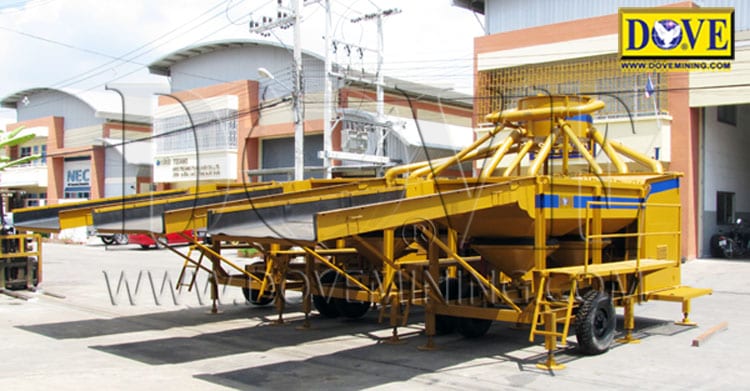 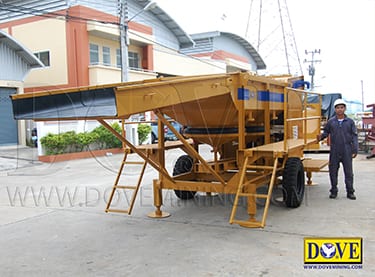 DOVE VBS® Concentrators are designed and patented by DOVE for simultaneous concentration and recovery of fine diamond particles production.

DOVE VBS® Concentrators are environmentally friendly gravity concentrators that provide completely chemical or mercury-free operation, and operate with only clean or recycled water. 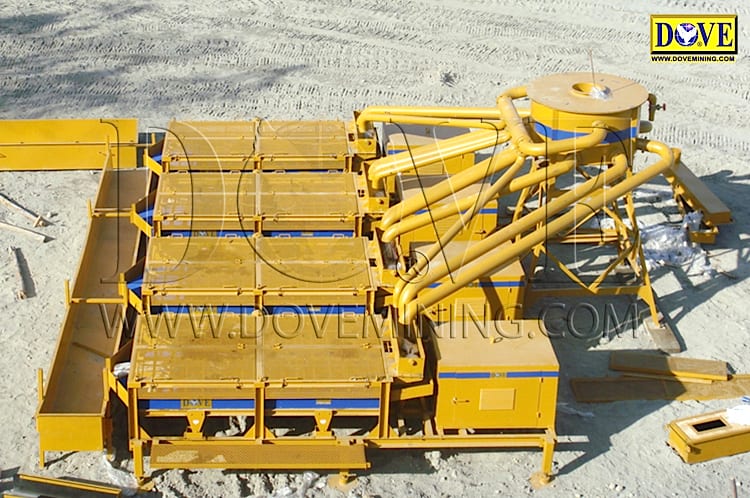 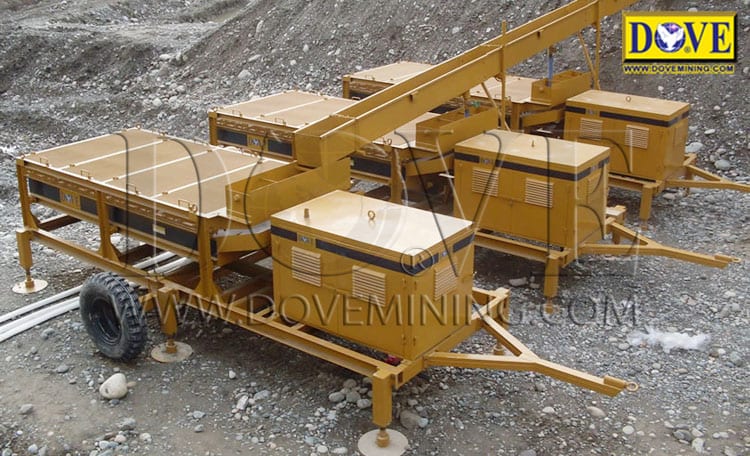 WE HIGHLY RECOMMEND FORWARDING SOIL SAMPLES OF YOUR MINE TO US FOR ANALYSIS, IN ORDER TO DESIGN AND RECOMMEND THE MOST EFFICIENT PROCESSING PLANT, TAILOR MAID TO YOUR MINE REQUIREMENTS, FOR HIGHEST PRODUCTION RECOVERY.